This community blossomed from a tiny seed, propelled into the world by adventure, sowed with passion and organically grown with feel good vibes, connectivity and collectivity.

Some might say that this story began way back in 1947, when the very first sketches of the VW Bus were drawn. In 1950, it came to the market and a rich history of social revolution and cultural identity, with the Volkswagen Bus as a mascot, ensued, making it one of the most iconic vehicles on Earth. However, we will begin this chapter in 2003, when the founders of Buslifers, Marco and Caroline, happened upon a white, bay window VW Bus from 1971 and fell in love. She ignited a dream in their adventurous souls, so they called her Westy and hit the roads of Europe with a curious desire to explore all that the world had to offer. The simplicity and charm of their classic VW Bus made them slow down and appreciate life, instead of getting caught up in the daily grind. This was the life. The Buslife.

Over the last two decades, being Buslifers has become a core part of their identity. Not long after setting out on their first adventure, it became apparent that they were not alone…. They never expected to find such a life-changing community along the way. Westy and the road initiated them into a welcoming, global community that taught them so much about life and joy. Fellow Buslifers, soon became cherished friends. From the Iberian Peninsula to Scandinavia every campsite, rest stop and viewpoint gifted them a new friendship. Even behind the wheel, cruising along the coiled cliffside roads of Northern Italy or the fast-moving Autobahn, each passing Buslifer greeted them with a friendly wave. The affection they felt for Westy soon became inseparable from their affection for the community!

Even after parting ways, on separate adventures, many of their new friends kept in touch and soon their network of Buslifers was becoming so big, that the idea of actually creating the Buslifers community was sparked. Marco and Caroline wanted to stay connected with all of their friends, introduce them to each other and reach out to folks who are just beginning to discover the joy of Buslife. So, they decided to create a space to do just that!

Buslifers is the go-to place for everything related to VW Buslife. A place where like-minded adventurers, with a passion for VW Buses, come together. Buslifers became a community in 2018 and continues to grow to this day.

At the core of this community are a strong set of values that bond our vision,
dreams and morals together. These are values that we, as Buslifers, all share.

As a global community, sharing a bond beyond language and location, this network of like-minded beings creates a welcoming family feel for all. A connected community is able to support those in need and foster friendships far and wide.

Authentic travel in a VW Bus is a reflection of the authentic self that seeks it. This community strives for authenticity, honesty and transparency at every step and encourages others to show up authentically too.

The VW Bus is ultimate home on wheels and an ideal icon for freedom. Buslifers cares about freedom, access and opportunity for everyone!

Buslife is all about exploration, but if there is no safe habitable planet to explore, there is no Buslife. This community cares for the environment.

Together, the community creates the best online resource for anything Buslife related. Everyone starts with zero knowledge, so Buslifers makes it easier for everyone to learn, grow and develop.

At its core, Buslifers is about adventure. We are here to help facilitate your adventure and share inspirational adventure stories from the community.

While our VW Buses may give us common ground to meet on, Buslifers share much more than the type of vehicle they drive. In fact, we share a multitude of wonderful values that our VW Buses and our lifestyle represent.

Each of us has an adventurous outlook on life; a desire to live life differently and an abiding appreciation for the great outdoors. With a love for the charming quality of a classic VW Bus and a nostalgia for the simplicity of the past, we seek a life that values experience over materialism.

Buslife captures the hearts of so many unique and diverse individuals. From young people starting out, to elder couples getting away from it all the same essence, the same passion drives us all. Our lifestyle centers around boundless adventure and freedom before all else.

Join the community, as we live the Buslife to its fullest and share the movement with the world. Let us enjoy every moment. Let us celebrate the breathtaking nature this beautiful world has to offer. Let us live a life full of uncompromising adventure, relentless passion, and absolute freedom with our VW Buses!

He is a passionate VW Bus driver and has a deep curiosity for different cultures and places. His intuitive sense of community, visionary ideas, and thirst for adventure is the foundation for Buslifers. He has lived in 9 countries and has traveled far and wide – he has no intention to stop.

The good soul on tour and in the office. Her passion for detail, enchanting communication skills, and creative ideas keep the Buslifers wheels rolling. Touring around the world with Marco and the family is a dream come true.

Throw him just about any idea and he’ll create it into something deliverable. Multi-talented and carrying a great deal of common sense, he is helping Buslifers reach its full potential. He’s been on the road since 2014 and knows how to live the Buslife.

Meet Buslifers Ambassadors, Simona & Cosmin from Romania. They are currently reconditioning a new VW Bus for adventures next... 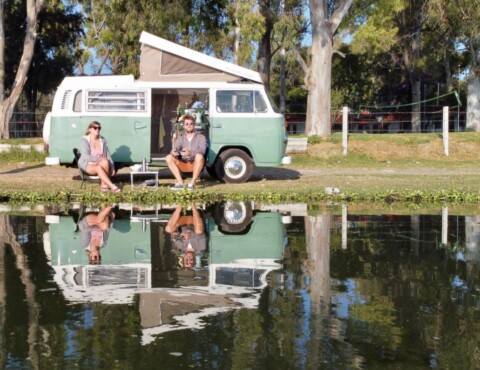 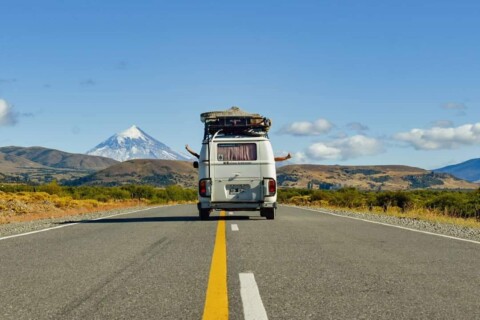