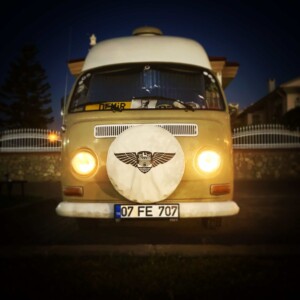 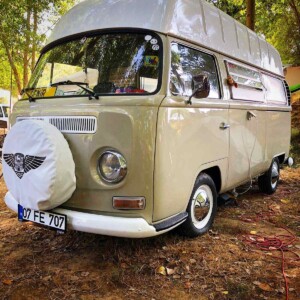 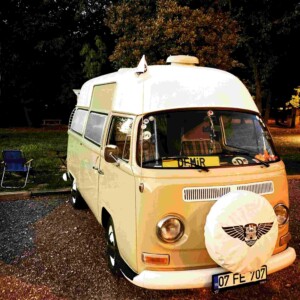 My VW Bus is called Demir which means “Iron” in English. The name came from the number plate because it included FE. My bus was produced on the 16th of September, 1968 in Germany, but the model number is 1969. Only 100 of these types of bus were ever made. In Germany, they made it for the postal service.

He came out from the factory with post office logos still on. Our story started in 2011. I first saw him, but could not afford him at that time. However, I believed and tried to do my best. After 7 years I made it. It was the best choice of my life.

My life mission is...

Life isn‘t too long to make a mission. My only mission is to use my life more effectively, be in nature, and collect as many memories as I can until I die.

My advice for someone thinking about starting Buslife is...

As I said life is too short, so if someone wants to be a Buslifer please don't wait any longer. Maybe you do not have much time to do this so do it when you can.

So far, my favorite destination I have traveled to is...

My favorite thing about my VW Bus is...

The VW Bus is very common. It is so compact and has a useful interior. Not too much electronics inside either, so it is hard to break down.

When I first saw my bus in 2011, I made a decision to take him. Then I started to collect my money by working in many jobs. I stayed in contact his ex-owner all of the time. After 7 years, I collected him and I made the best choice of my life.

I find spare parts for my VW Bus by...

There are 3-4 companies in Istanbul that I can find all parts for my bus from. Because as you know this car is produced more than 20 million times.